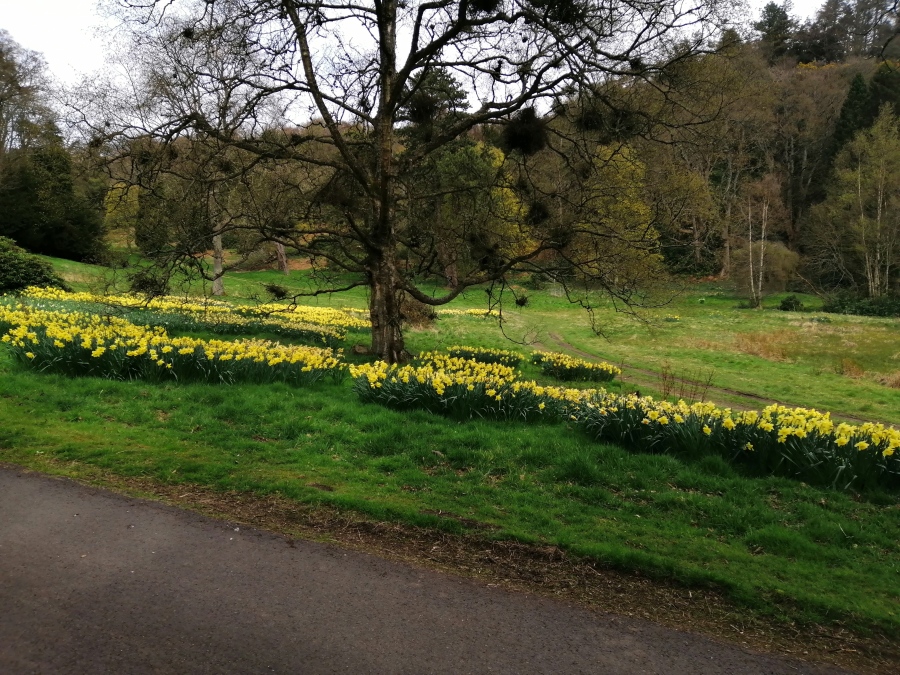 As an adult, I am often envious of the rituals and clear calendar marks I had as a child. There were dates and times to look forward to. There were holidays and festivals that had significance and marked a clear change from the mundane. At present, one week just spills into another and I barely pause to recognise it’s a bank holiday weekend. Today, Easter Sunday, I nostalgically think back on times when Easter meant, for a few days at least, that life would be centred around rituals and traditions.

As a child, Easter was most definitely a Christian festival; one where you just happened to get chocolate eggs but the reasons why were not made apparent. In primary school, each year, we were tasked to make ‘Easter gardens’ in old biscuit tins to display all the symbols of a Christian Easter; the ‘tomb’ Jesus was placed in, a bit of old cloth to represent his shroud, flowers and bits of shrubbery carefully placed and arranged around to make the ‘garden’. Where this tradition originated from or who came up with it, I have no idea but no doubt someone thought it would be an effective way to teach children the Easter story. Yet, despite all the efforts that went in to this education, as an adult I struggle to even remember which day is supposed to symbolise when Jesus did what. Quite simply, I don’t remember because it has no tangible symbolic application to my current life.

This morning, as a went for a gentle walk with my dog, I was really struck by the sudden rush of growth and rebirth all around me. Cherry blossoms I am sure where not there a few days ago littered the path I walked on, tree branches burst forth with new shoots, daffodils seemed to turn their faces to look at the sun and the air smelled of ‘green’. I felt calm, enlivened and energetic all at once. This is what Easter is all about, I thought; Spring and her growth and the pace-change that signals.

It is no coincidence, I am sure, that Easter always falls on the first Sunday after the full moon after the Spring Equinox1. Easter is thought to be so named for the Anglo-Saxon Goddess Eostre, where rituals were held in her honour during Eosturmonath (April) to celebrate “the beginning of Spring, the new growing season and fertility” 2. Although the origin and credibility of Eostre as a pagan deity is often called into question by historians3 it is generally thought that much of the rituals and symbols we associate with Easter may have originated from celebrations in her honour. For instance, eggs represent fertility and growth, while the hare (which at some point we changed to an ‘Easter bunny’) is Eostre’s symbol. Eostre has also been associated with the dawn and the rising of the sun in the East3. Indeed, in Ireland, it was once quite a common to climb hills on Easter Sunday to watch the sun rise1.

With the direct tangible associations eggs, ‘bunnies’ and the rising sun have with Spring, the new growth we see around us and the rise in energy we feel, is it perhaps any wonder that most of us will share an Easter egg today but will barely give much thought to the ‘Resurrection of Christ’? As much as I enjoyed making the ‘Easter gardens’ as a child, I am very happy to leave it and it’s symbology in the past. Instead, I seek a future where I build more ritual into my life; one that is focused on the seasons, the changes in nature and a recognition of the old ways that are every bit as relevant today.